Definition and Properties of Laser Light

The word "LASER" has become a household word, but it didn't start out as a word.  It is actually an acronym for:

First, let's discuss the properties of laser light and then we will go into how is is created. Laser light is monochromatic, directional, and coherent.

The light emitted from a laser is monochromatic, that is, it is of one wavelength (color).  In contrast, ordinary white light is a combination of many different wavelengths (colors).

Lasers emit light that is highly directional.  Laser light is emitted as a relatively narrow beam in a specific direction.  Ordinary light, such as coming from the sun, a light bulb, or a candle, is emitted in many directions away from the source.

The light from a laser is said to be coherent, which means the wavelengths of the laser light are in phase in space and time. 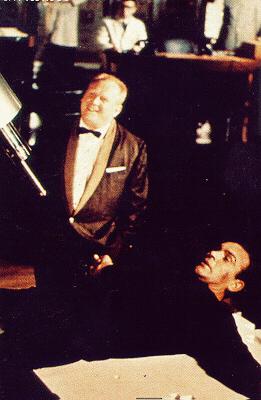 These three properties of laser light are what make it more of a hazard than ordinary light.  Laser light can deposit a great deal of energy within a very small area - as James Bond nearly found out in Goldfinger!